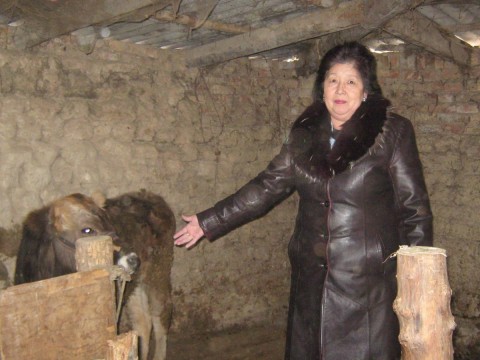 Anarkul's loan finished fundraising, but these other borrowers need your support

Anarkul was born in the Ak Torkoi village (Chuyskaya region, Kyrgyzstan). She is married and raising three children. Anarkul was born in 1955 into a simple family with many children. Her father was a paramedic, and mother was a seamstress. Being the oldest in the family, Anarkul helped her parents with the household since childhood and took care of her six brothers and sisters. She graduated from the Orlovskaya secondary school in her native village and followed her father's footsteps by going to a medical college in Bishkek after school. In 1975, after finishing college, she got a job as a nurse at the Sokulukskaya district hospital. This same year, Anarkul got married and gave birth to a daughter and son. In 1978, Anarkul and her husband moved to the Alekseevka village (Jayl district, Chuyskaya region), where they bought a plot of land. Anarkul got a job as a paramedic at the Alekseevka paramedic-ambulatory site, and her husband got a job as a leading specialist at the Jayl district prosecutor's office. In 1980, Anarkul got a job as a teacher at the Karabalta medical college, and gave birth to her youngest daughter in 1986. During the years of perestroika, Anarkul and her husband started to build a large house. Because the money lost its value, their salaries were not enough to cover even regular food. This is why Anarkul had to go a market, where she resold fruits and vegetables. Thanks to their hard work, persistence and mutual support, Anarkul and her husband built a good, large house, raised and educated their children. In 2002, Anarkul received a title of "Excellent Healthcare Professional." Currently, Anarkul works as a teacher at the Karablta medical college and is also involved in animal husbandry. Having started this business with an amount of 30,000 som, Anarkul was able to grow her business to have a monthly profit of 15,000 som. At the present time, her business has one heifer and ten sheep. In order to further develop her business, Anarkul requested a loan in the amount of 135,000 som (KGS) from the "Bai-Tushum and Partners" company to buy five heads of bulls. She plans to invest the earnings from the loan into a further development of her business.