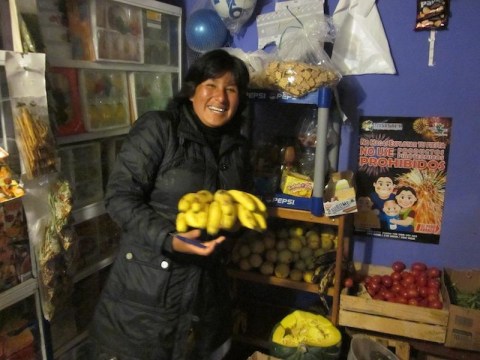 Tania runs a small grocery and general supply store from her house. In general, her store is open from 6 a.m. to 9 p.m. seven days a week. She has been running her business for about six years. She would like a loan in order to purchase school supplies, which she can sell at the start of the new academic year. She plans to purchase inventory such as notebooks, pens, pencils, colored pencils, and paint. Tania’s dream is to expand her small business into a minimarket, which will help her pay for her children’s education. At 33 years old, Tania is married and is raising a 10-year-old and a 13-year-old. Tania is one of 14 members of the village bank “Los Alamos de la Estacion” located in the Andean highlands of Urcos, Cusco.