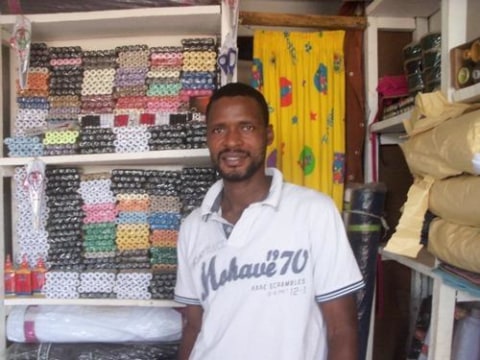 A loan helped To pay for textiles and trimmings.

This is thirty-four-year-old Idriss. He is married, and has three children aged two, five and eleven. He has an additional dependent, who live with him to help his wife with the household chores. In 1999, Idriss established his textiles and trimmings business. He began his business to be independent. The business started by selling trimmings and has now transformed into uniform textiles. Working seven days a week and twelve hours a day, he earns about SLL 1,300,000 every month from this business. He would like a loan of SLL 5,000,000. Idriss has already received and successfully repaid two loans, and now requires a new loan in order to increase his stock. He hopes that this loan will enable him to increase his monthly profits by approximately SLL 400,000. In the future, Idriss plans to expand to another market in the town. He thanks you for your support.