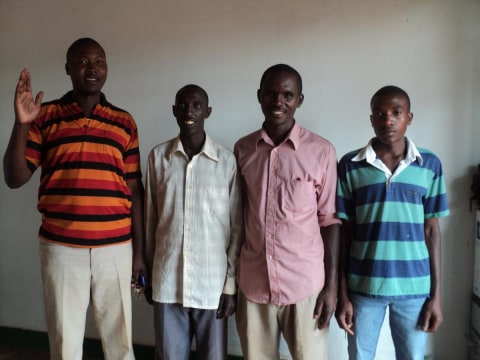 Reverien is a member of the Abunzubumwe/Sk group. He is 48 years old, married, and father of seven children between the ages of 7 to 21, all of whom attend or attended school. He personally attended six years of primary school and three years at a craft/vocational school. Reverien is a small business owner. This is the fourth loan he is asking for from ACB. He will use the loan to purchase green beans, soy beans, sorghum and maize, thereby improving his business of selling goats. His strategy to grow his business is to have more capital, which will allow him to satisfy his clients as well as regularly re-pay his current loans, in order to take out more loans in the future. In the coming years, Reverien would like to become the owner of a medium to large sized enterprise as well as build a home for his family. With the profits earned from his business, he plans to continue to education and take care of his children.