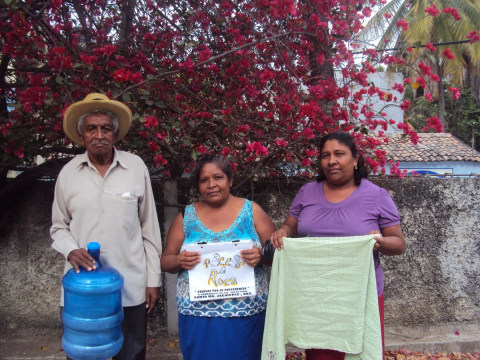 A loan helped to purchase cattle and animal feed.

This group is called Las Gaviotas de Soto and is made up of three people: one man and two women, who are humble, hard-working, and kind. The representative of the group is Félix, who is seventy-nine years old. He has worked for three years selling and raising cattle. He is happily married to Gloria, a hard-working woman. Félix tells us that to feed his cattle, he leaves very early with his water jug and his tortillas for lunch and he eats since he returns home at about six in the evening. He then leaves with his herd to graze and give them water and the following day he has to milk them, so that Gloria can make her delicious cheeses. He requests the loan to purchase more cattle and feed for his cows, since he needs to feed them well so that when it is time to sell them, they weigh a lot and look very healthy. The other members are: Juana, who works selling meat wholesale and retail, and Margarita, who works selling fresh chicken. They are thankful to the foundation for helping hard-working people who want to better themselves, despite their age and being from small towns.