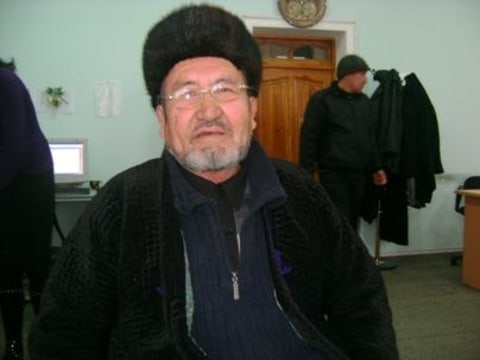 Ayub has been a client in the organization for nine years. He has three sons, one of whom is currently working in Russia. Ayub managed to expand the family business over the years. Despite his age Ayub still buys the livestock, but it is his son who raises the animals. Every morning Ayub's son takes the cows out to pasture, and in the evening he brings the animals back to the pen and gives them hay and feed. Ayub was interested in livestock fattening from an early age, and that's what he taught his sons. Ayub has nine grandchildren, and he is a lively grandfather. His wife is a homemaker. Together with her daughters-in-law, she produces goat yarn and sends it over to Russia for her son to sell since it is in high demand there. Ayub would like to take another loan to buy a couple of dairy cows while the market prices for the animals are low.