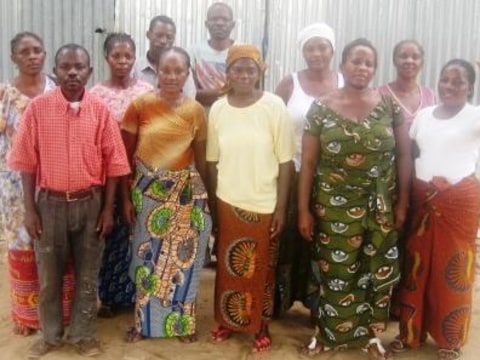 Paix Plus Group's loan finished fundraising, but these other borrowers need your support

A loan helped to reinforce her working capital and purchase 250 trays of loaves of bread to resell at a profit.

Evelyne is the leader of a community bank named Paix Plus, which is composed of 11 microentrepreneurs united in solidarity to receive loans from Kiva through IMF HOPE RDC with the goal of developing their businesses. Evelyne is 42 years old, married, and the mother of five children, of whom three go to school. Evelyne sells loaves of bread. She has been in business since 2004, with a beginning capital of US $50. After learning through her friend about Hope’s loan program she decided to join one of its groups in November 2007. Evelyne has already received nine loans from Hope that she repaid correctly. With her next loan she is planning to purchase 250 trays of loaves of bread to increase the inventory of her business in order to generate more profit. Every month her business generates a profit of US $500. Evelyne’s dream is to be a provider of those products in her area. She runs her business in the southwestern area of Kinshasa.