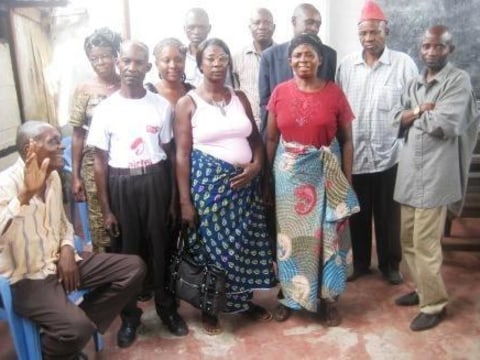 Soleil Plus Group's loan finished fundraising, but these similar borrowers just need a little more help to reach their goals!

A loan helped to purchase items to sell.

July is a leader of a community bank named “Soleil Plus,” which is composed of 11 micro-entrepreneurs united in solidarity to receive loans from Kiva through IMF HOPE RDC with the goal of developing their businesses. July is 57 years old and the father of six children between 7 and 21 years old. Four of his children go to school. Since 2000, July sells miscellaneous products at a market located to the east of Kinshasa. He currently earns 400 USD each month. After learning about Hope's loan program from a friend, he decided to join one of its groups in late 2009. July has already received ten loans from Hope that he has successfully repaid. July is requesting a loan to increase the inventory of his goods to generate additional profit. His ambition is to be a large retail provider in his area.