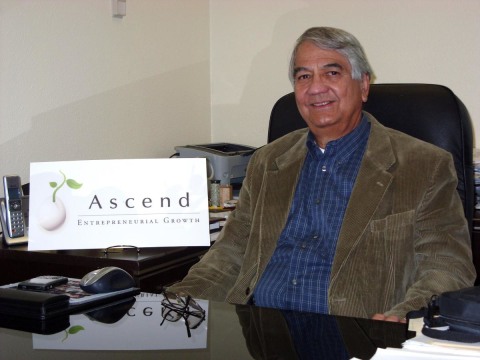 A loan helped To pay for software and office supplies.

With experience from the El Paso Chamber of Commerce and seven years of teaching Hispanic entrepreneurship, 72-year-old H. Homero is titled the El Paso Business Coach. This is a name his son titled him with to bring in more business. H. Homero said he has witnessed small businesses struggle, stay small, and sometimes, flop. This encouraged him to begin The Ascend: Entrepreneurial Growth. The company is almost three years old now. H. Homero noticed a need to build a stronger economy and stop the cost of business. “We won’t build our economy if we don’t build ourselves,” he stated. The Ascend: Entrepreneurial Growth assists in coaching small businesses on maturity, building infrastructure and creating a system to ensure a business works as an organization. Through his business, H. Homero offers a workshop at no cost to local business owners entitled: “Blueprint for Business Growth.” He, as well, has others that he charges for. H. Homero’s main advantage is the offered one-on-one coaching of his clients and reasonable price compared to major franchise groups. Since he offers the one-on-one coaching, H. Homero’s assistance is client-limited. Because of this, he works with anywhere from a dozen to 20 clients annually. The current hindrance for H. Homero’s business is his marketing presence. H. Homero stressed the complications of working with minor businesses. He said, “The trick is to bring (his coaching) to those who can’t afford it.” H. Homero expressed that he would love to decrease his prices for those who want and need his help, but at the moment, he cannot afford to do so. H. Homero requested the loan to purchase office equipment and market his business. His primary goal for The Ascend: Entrepreneurial Growth has not been as dramatically accomplished as he expected, he said, however the loan from ACCION Texas has helped. A returning client, H. Homero said one of things that happens as a small business is that projects and advancements such as purchasing software or other supplies are put off until capital is earned, which in turn, holds the business process. “The loan helps me grow the business now,” he said. H. Homero’s work involves educating other entrepreneurs. He said the company is trying to break ground and bring people to his office. As he noticed, other businesses are using their profit to pay franchised business coaches to teach them rudimentary skills they really do not need to pay for. He added: 89 percent of small business owners are sole proprietors leaving that one person to cover every expense and find solutions to every problem, something he is familiar with. H. Homero is also a sole proprietor of his business who sometimes collaborates with other successful business owners. He, too, has learned about small business and entrepreneurship by conducting first-hand interviews with now household names of different industries. To find out more about H. Homero and his business, visit his website at: http://www.ascendeg.com. To view his interviews with major corporation heads, visit heho.utep.edu.