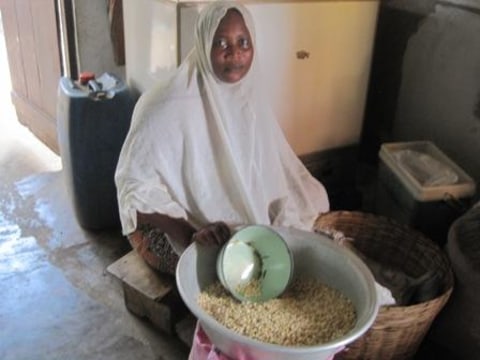 A loan helped to buy grains.

Aizétou is a forty-three year old woman. She is married to a driver. She has five children, all in school. The oldest is twenty years old and the youngest is ten. Aizétou has worked as a reseller of grains since 1998. She sells at the market and doesn't have any major difficulties. Aizétou has requested her second loan from WAGES in order to buy grains. She would like to diversify her merchandise. In the coming years, Aizétou would like to increase her business activity. She says that with the profits, she foresees ensuring the vital needs of her family.