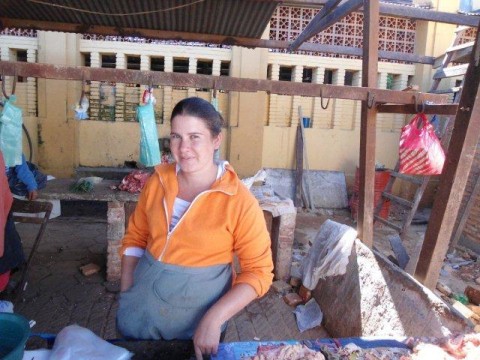 Esmilce's loan finished fundraising, but these other borrowers need your support

A loan helped to buy sheep to slaughter.

Esmilce is from the city of Villarrica. She is 28 years old, and she is married to Mario. They live in their own house with their two children. She tells us that she has a place where she sells meat at the Mercado Municipal Numero 2 in the city of Villarrica. Her husband is the one who buys the sheep to slaughter and later sell. Thanks to the arduous work the two of them do they are able to support their household and their children. Esmilce’s and Mario’s wish is to always strive for a better future, which will help their children. Esmilce turns to the Fundación and Kiva in order to buy the animals and to later be able to slaughter them. She is grateful to the Funación for the opportunity it is giving her.