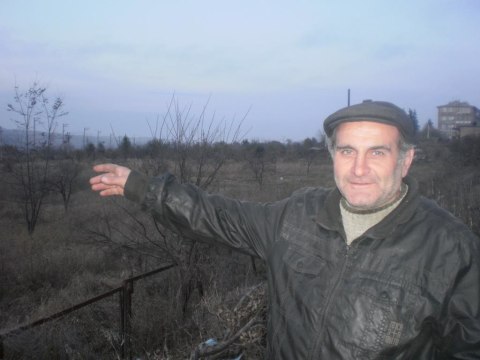 Shahen's loan finished fundraising, but these other borrowers need your support

A loan helped to re-fence his garden and to buy tree seedlings.

Shahen was born in 1960. He is married and has two children — a son and a daughter. His children are both married. His daughter lives separately from her parents. Shahen's son, along with his family, lives with Shahen in the Tavush region. Shahen’s wife works at school as a librarian. His son and daughter-in-law are both jobless. Shahen works as a machine operator, and, at the same time, he and his family are engaged in land cultivation and beekeeping. They grow fruits and vegetables, including plums, apples, pears, tomatoes, cucumbers, potatoes, and onions. They use some of the fruits, vegetables, and honey for the family. They sell the rest of the honey to fellow villagers. To increase his family’s income, Shahen intends to lay out a garden, where he will grow persimmons and figs to sell. Therefore, Shahen is seeking a 1,000,000 AMD loan to re-fence his garden and to buy tree seedlings. This is Shahen's second loan from Nor Horizon.