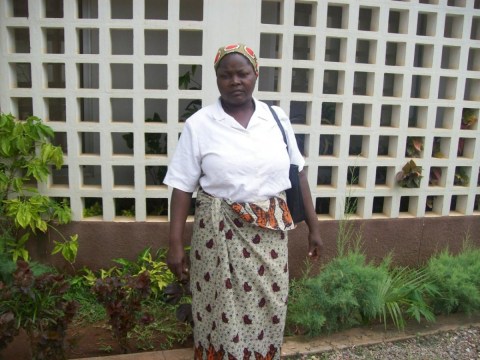 A loan helped to buy more roosters, vitamins, and feed for raising chickens.

Linda was born in the province of the Inhambane in southern Mozambique. She is married and has four children, two of whom are still in school. She went to school through the sixth grade, but had to drop out because of her parents' financial difficulties. She lives with her family in a home they own, and isn't financially responsible for anyone else. She and her parents left Inhambane for Maputo in the district of Boane when she was still a child. She's a businesswoman and has been raising and selling chickens for more than 10 years. She earns about 7,000 meticals a month, which she uses for household expenses, as well as saving some in her bank account. She's never had loans from other banks. She learned about Hluvuku from a friend who is also a client of the institution. This is her second loan with Hluvuku, in the amount of 20,000 meticals, which she intends to use to buy more roosters, vitamins, and feed to increase the quantity of her stock. Her first loan was in the amount of 10,000 meticals for raising chickens. She is committed to paying off this loan without any problems and in the future intends to ask for further loans from Hluvuku to fix up her house and furnish it.