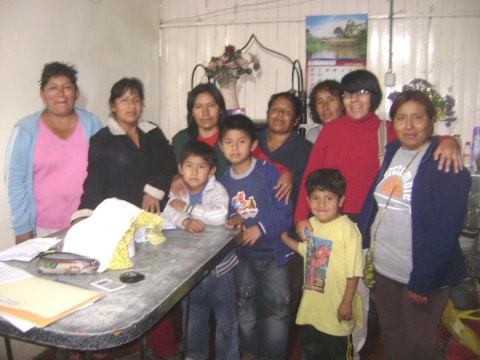 A loan helped to buy rice, sugar and vegetables.

Esther is a member of the 'El Progreso del Vallecito' community bank which has 8 [female] members who work in different business activities. Esther is the group's president. She is 36 years old and her family consists of her husband and her two dependent children who have been her motivation to get ahead in life. Esther's business is selling food, a business which she started when they opened a market in her town. She also has a small store in her home where she sells soda and cleaning supplies (soap, detergent, etc). Through her hard work and effort, Esther has managed to buy her own home. Her wish is to rebuild her house as it is only maD. from pre-fabricated material. She would like to be able to set up a restaurant in her home as she knows that this would make her more profits. On this occasion, Esther requested a loan from Edaprospo so that she could continue investing in her food business, buying rice, sugar and mixed vegetables in larger quantities as this works out cheaper. The 'El Progreso del Vallecito' community bank is a group of responsible people who are grateful for the loan that they are being given. Esther is the lady in the photo who is wearing a pink top and sky-blue jacket. Ana could not be present when the photo was taken for work reasons.