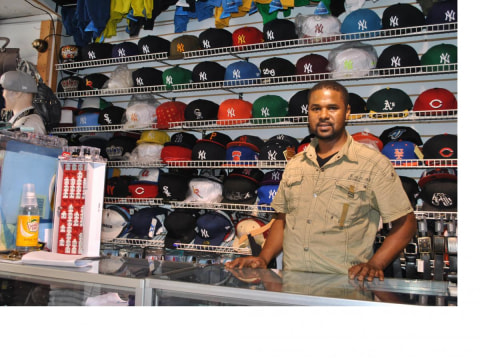 A loan helped To purchase inventory such as coats and boots for the upcoming winter.

Ibrahima is originally from West Africa. He has been is the United States since 1997, and when he first arrived he became a truck driver. After a few years on the road, Ibrahima knew he wanted to become more independent and start his own business. Six years ago, he opened a store selling sports apparel and urban style clothing. He says starting a business is all about taking chances, and that’s exactly what he did. With the store, Ibrahima is helping support his wife and three children. In view of the upcoming cold season, Ibrahima needs to stock the store with warm clothing. He will use this loan to buy inventory such as coats, sweaters, and boots.