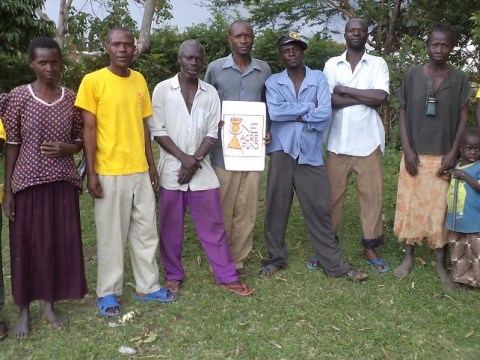 A loan helped to source farming inputs such as seeds and fertilizer at low prices for the 2012 planting season.

Greetings from Namukoya Group in Western Kenya! John is the facilitator of Namukoya group, a group of farmers who are veterans of the One Acre Fund 2011 program, and will re-enroll for 2012. Many farmers in this area live in very modest conditions, and generally do not have enough money at one time to pay for supplies vital to productive farming before planting season. As a result of poor farming productivity, income poverty and hunger are persistent problems for farming families. John takes care of six children at home with his wife. He joined One Acre Fund in order to access high quality inputs on credit, and raise the productivity on his farm. In the recent 2011 season, John had a very good maize yield harvesting fifteen bags on one acre of land. Before joining One Acre Fund, John was only able to harvest three bags of maize on one acre of land. With this loan, One Acre Fund will purchase fertilizer, seeds, and other important inputs to distribute to John and his group during Kenya’s next planting season in February 2012. The distribution of farming inputs is part of One Acre Fund’s integrated agriculture package, which includes training, reliable input supply (such as fertilizer and seeds), credit and insurance. With income from maize sales, John will educate his children, ensure food security and invest in livestock rearing. In 2012, the members of Namukoya Group will each plant between half and one acre of maize.