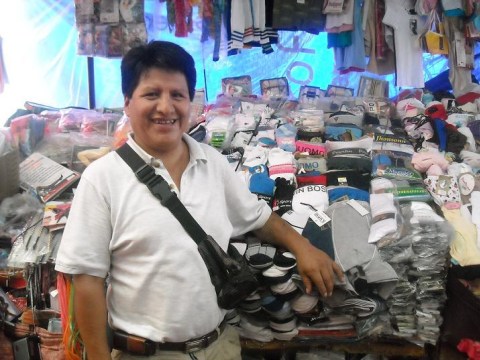 A loan helped to purchase undergarments in bulk.

Sr. Evaristo has been a client of Emprender since he moved to Santa Cruz as a young man. He is originally from the city of La Paz, but came to work in Santa Cruz so that he could find a better life and improved living conditions. Evaristo started out selling plastic bags and then transitioned to selling groceries. He started an association at one of the most popular markets in Santa Cruz, where he has been selling undergarments for 18 years. Evaristo says that he is satisfied with what he has achieved. His family consists of his wife and four children who are currently in school. The loan he is requesting will be used to buy more merchandise, particularly undergarments in bulk. He is a person who is friendly and cordial with his customers. Evaristo is grateful to Emprender for the support it has provided.