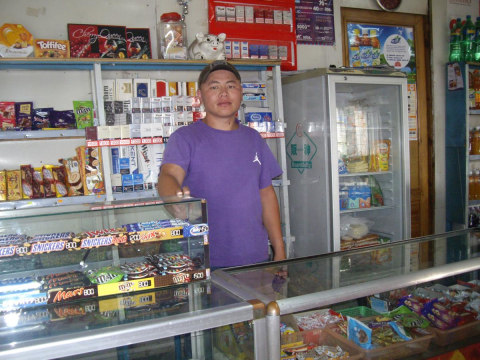 Jadamba's loan finished fundraising, but these other borrowers need your support

A loan helped to purchase products to sell in his food store.

Jadamba is a 29-year-old single man who operates a grocery store in one of the outer districts of Ulaanbaatar, the capital city of Mongolia. He lives with his father and younger brother in a small house but decided this summer to run the business on his own property, which he had previously rented out.

Jadamba has also been running a taxi business for over six years with the car he bought based on a leasing contract. His brother, Ganjuur, makes his living from his own taxi business as well. Their mother passed away when they were little; because Jadamba was the oldest son, he had to work hard to get his family ahead.

Jadamba is now requesting a 2,500,000 MNT (Mongolian Tugriks) loan to purchase a wide range of merchandise to sell in his grocery store. He wishes to provide a good quality of life to his brother and father as well as start his own life.