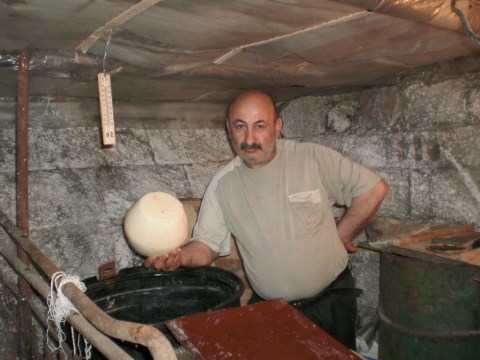 Gagik's loan finished fundraising, but these other borrowers need your support

A loan helped To buy dairy products from villagers to sell.

Gagik was born in 1957 in Lorut village, Lori region. He is married and has a daughter who works as a nurse at Vanadzor hospital. It is already a long time that Gagik and his family have been living in Vanadzor city. In Vanadzor, he has a small plot of land where he breeds pigs and sells pork to resellers. But the main body of Gagik’s business is selling dairy products. He buys cheese and butter from his native village, stores it and then resells it at Vanadzor market. Gagik’s wife helps him in his occupations and thus they support their family. Gagik received a loan from Nor Horizon 12 times and he has never delayed his repayments. Now he needs a 1,000,000 Armenian drams loan to buy a batch of dairy products from villagers and store it to sell later.