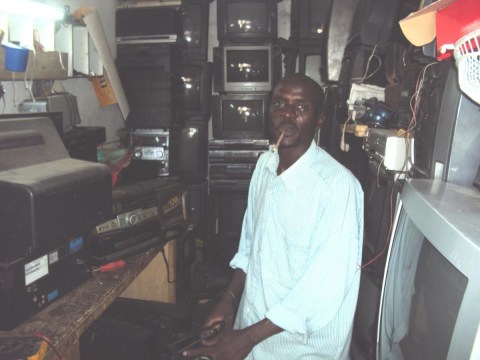 Alppha's loan finished fundraising, but these other borrowers need your support

A loan helped to buys cell phones cases and refurbished televisions to resell.

Mr. Alpha is a young technician of 35. He is married and a father of three children aged three to five. He specializes in repairing televisions. At the same time, he has been active in the retail of TVs and cell phone cases since 2004. He chose this business out of love. His business is also at its most successful during the hot and rainy seasons, and is especially brisk with power outages. Alpha is familiar with the Baye Laye counter, since he has already repaid three previous loans there. He joined the organization in May 2009. He is borrowing a total of 300,000 XOF with which he plans on stocking up on cell phone cases and refurbished TVs intended for retail. With this financing, he hopes to increase his inventory, grow his profit, and thus stabilize his standard of living.