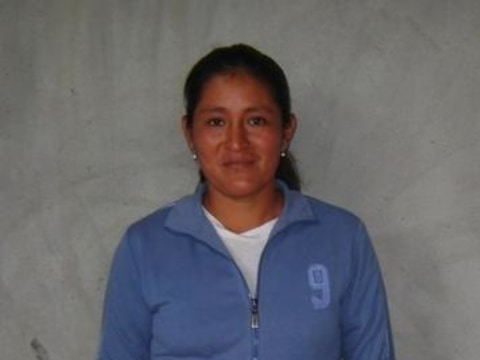 Celestina's loan finished fundraising, but these other borrowers need your support

Celestina, 30, lives with Freddy, 27. They have two children and live in their own house located in Pichari District. Celestina recalls that she’s worked in her parents’ fields since childhood most of the time growing cocoa beans and coffee. In those days, cocoa beans were in very high demand so she decided to start growing her own crops. Later on, she became independent from her parents not before thanking them for the life lessons they imparted, though. Currently, she produced large volumes which in turn produce high profits. Because of this, she strives to protect her main source of income from possible insect infestations. Her spouse usually helps her in these tasks but during harvest she needs extra help from farm hands because that makes harvesting easier and more efficient. This is her second MFP loan and she pledges to repay punctually. She is always offering good ideas at her communal bank’s meetings. She will use the requested 2000 new soles to hire field hands to do the weeding of her fields.