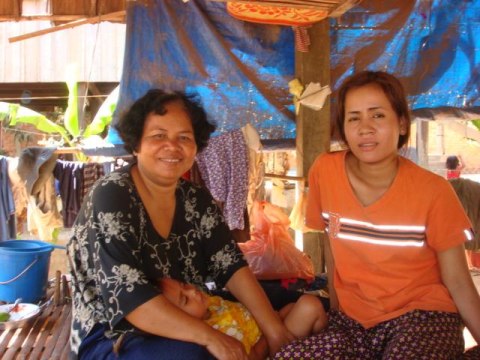 A loan helped To expand her businesses of selling fish and farming.

Mrs. Soung U., age 58, is a widow with eight children, four sons and four daughters. Four of her children are married and living elewhere, and the other four are living under her custody. Soung and her family live along National Road Number Two, about fifteen kilometers from Phnom Penh. She has been selling fish since 1982. She also does farming.

Soung is requesting a loan from MAXIMA for the first time, in the amount of $1,000. She will use this money to expand her fish-selling business, as well as to buy farmland on contract.