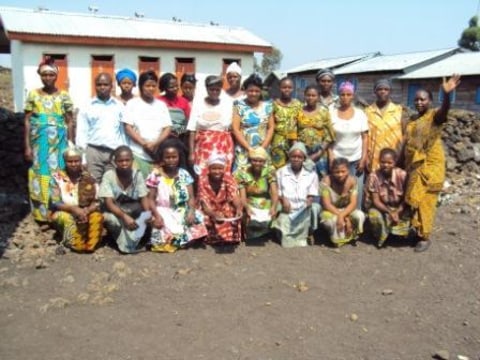 Toka Chini Group's loan finished fundraising, but these other borrowers need your support

A loan helped to buy sewing materials and one bale of second-hand clothing.

Nyalalia, leader of the "Toka Chini" business group, is a 36-year-old married businesswoman with seven children, all of whom are students. She is a dressmaker. In addition, she also sells second-hand clothing to supplement her income. Her husband is a money-changer. She displays her products along the Goma-Sake route, more specifically at Ndosho. Seven years have passed since she first started this activity. During that time, she has been through seven loan cycles with Hekima. This new loan will serve to obtain sewing supplies and one bale of second-hand clothing. In addition, her dream is to educate her children and buy a new embroidery sewing machine. This client is thankful to Hekima for its actions on behalf of poor women without access to the traditional banking system. It is worth noting that the "Toka Chini" business group is composed primarily of women.