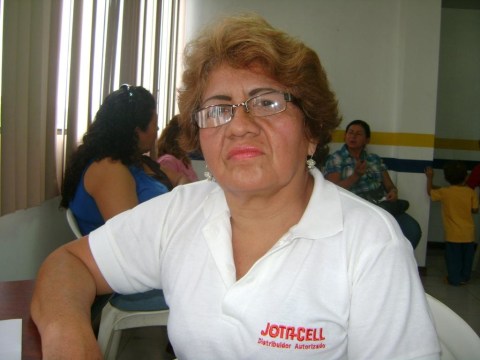 Mariana Del Jesús's loan finished fundraising, but these other borrowers need your support

A loan helped to buy fabric, thread, buttons and other sewing materials.

In the municipal fortress of the city of Portoviejo, the capital of Manabí, (known for many years as "The City of the Royal Tamarind Trees"), the members of the New Star Community Bank for Development meet every two weeks. Here we meet Señora Mariana. She is 55 years old, and a single mother of three children; two of them are grown and the third is a 17 year old girl who this month began to study in university. All her children still live at home. She has been part of the Community Bank from the beginning and is the president of it, and she likes it for the support they have provided. Several years ago she learned to cut and sew clothing. In order to help her children get ahead, she started a small sewing shop in her home nine years ago, where she works sewing all kinds of clothes. She tells us that what she makes most is sleepwear. She works based on orders from individuals and also delivers the garments she makes to bazaars​​. She works every day from 6 a.m. to 10 p.m., and sometimes even later when she has orders to deliver. Her daughter helps her when she has time. This new loan will be used to buy fabric, thread, buttons and other sewing materials. Her dreams are to have a larger workshop and a warehouse in the center of the city where she can sell her work.