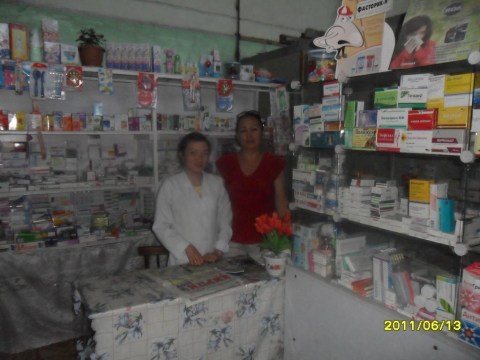 A loan helped to restart her business.

Chynargul is the mother of four children. She graduated from Medical School and worked as a gynecologist at the local hospital, where she earned a reputation as a responsible professional. As it was very hard to raise her children on a low wage, Chynargul decided to start her own business in the medicine trade. Starting in 2008, she managed to broaden her business by renting a pharmacy and achieving success. But in June 2010, violent clashes caused by the deposed political regime broke out in Osh city. Chynargul lost her business, which was robbed and looted. She didn’t give up, however, and is ready to resume her lost business and to continue to work. That is why Chynargul is applying for a loan of 135,000 KGS, which she needs to restart her business. She plans to broaden her business by renting one more pharmacy. Bai-Tushum and Partners is a group that uses Kiva funding to target the especially vulnerable population. It is one of the leading microfinance institutions in Kyrgyzstan. As a reliable financial partner, Bai-Tushum contributes to the economic development of the Kyrgyz Republic through the delivery of microfinance services in rural and urban areas that lead to increased employment and meet the interests of its clients and investors.