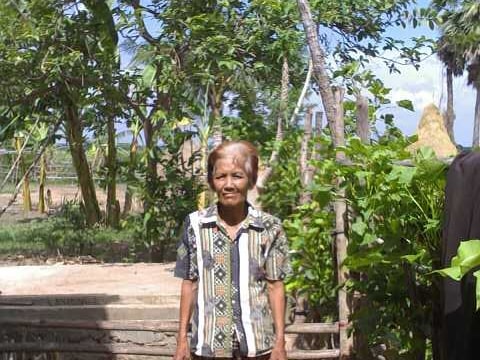 A loan helped to purchase peanut seed, insecticides, fertilizer and to pay for plowing.

The old woman in the photograph is San, aged 60, who lives in the province of Kompong Cham, which is the best territory for farming. San is a widow as her husband died of illness four years ago and now she lives with five children; four of them have already married and the remaining one is single and works as a worker in Rattanakiri Province. San owns a few farms that she inherited from her grandmother. She grows various crops. San has another farm that she owns, but she has not yet planted crops on it. She hopes to use her Kiva loan to purchase peanut seed, insecticides, fertilizer for growing and to pay for plowing costs which she has hired before.