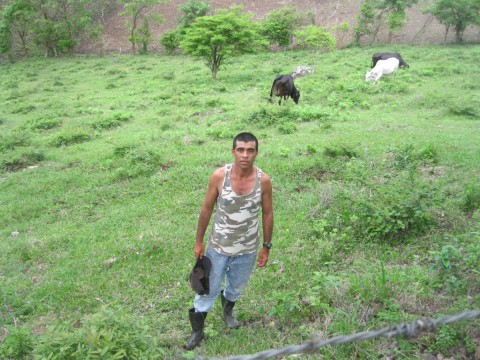 A loan helped to buy supplies to grow three manzanas (1.68 acres) of beans and one "manzana" of corn.

Eddy lives in Condigo, in Esteli City. He is 35 years old, married and the father of two children. As a farmer, he grows beans. He began growing beans when he was ten years old. He helped his family work in the countryside. When he was 15 he had his first harvest of 1/2 a “manzana” (1.68 acres) of beans. He earned money from this, which allowed him to expand his growing areas. He built his own house and married at 21 years of age. He hasn’t been able to study because of economic problems in his family. He continued to work strong and hard. He now is motivating his children. He wants to give them a better life than he has had. He is working in order to send them to university. He is asking for this loan in order to cultivate three “manzanas” of beans and one “manzana” of corn. With this loan he hopes to cover his production costs such as buying supplies, paying for labor, buying fertilizer and buying gasoline for the irrigation pump. He would like to continue his growing season by planting potatoes after he finishes cultivating basic grains. His next goal is to progress with his work of growing beans.