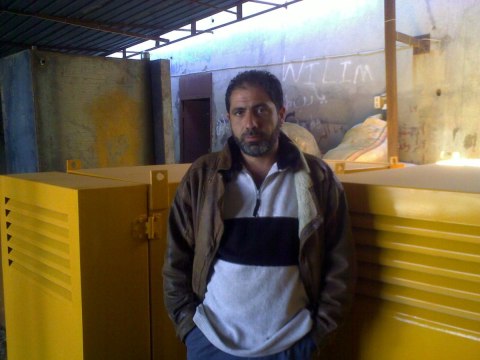 A loan helped to purchase items for his muffler shop such as engines, engine mufflers, and steel for manufacturing mufflers .

Ahmad is 35 years old and married. He sells engine mufflers for a living. He has nine years of experience in his work, and he likes his work. He is trying to secure a good future for himself and for his family, and he would like to increase his income. He likes to work, and he stands out in his field due to his attention to detail and the lack of competition in his field in the region he lives in. However, material difficulties are hindering him from developing his business. With a loan from al-Majmoua, he would like to buy goods for his store, including engines and mufflers. He would also like to use the loan to buy steel since he would like to develop his store by manufacturing mufflers. He is ambitious and organized in his work. He has customers from among the owners of the workshops in his area as he is always developing his business further and progressing in his field.