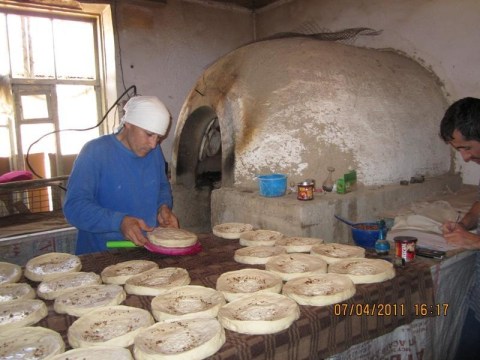 Odiljon's loan finished fundraising, but these other borrowers need your support

A loan helped to buy flour for his bakery.

Odiljon A., a married father of one child, is a hardworking man who operates a bakery in a rented facility near the market of Shohmansur, where he sells his breads. Odiljon, who is helped by both his brother and sister in this business, is requesting a loan of USD1500 to purchase more flour for his enterprise. Prior to starting the bakery, he grew vegetables at home to sell at the market.

Tajikistan is known for its rich history, which includes its role as a key post along the Silk Road and the end of Alexander the Great's rule. It has also produced great thinkers, philosophers, scientists and poets, including Rudaki, Avicenna, Ferdowsi, Omar Khayyam, Jomi, and Rumi. The country is home to communities that still speak the ancient Sogdian language, epic mountain passes, and a civilization that dates back to the 4th millennium BC. And, even today, it is a complex mixture of the Islamic faith, Soviet culture, New West culture and Central Asian traditions.