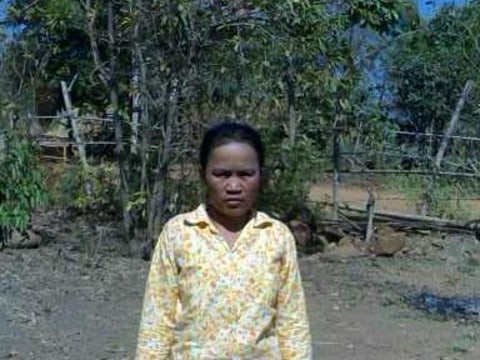 A loan helped to purchase peanut seed and fertilizer for growing a new crop.

Srun S., age 32, is a local farmer. She lives in the province of Kompong Cham, which is the best territory for farming. She is a married woman who is devoted to her four children; three of them are attending school and depend on her care while the other one is married. Srun S. owns a big farm that she inherited from her grandmother. She grows various crops on it. She also plants a peanut crop on her land, and she will harvest it within the next two months when the plants mature. Srun S. can get the income from selling her mature produce to better meet her family’s needs. Her husband also helps her to grow crops. Currently, Srun S. would like to borrow some funds from Kiva for purchasing peanut seeds and fertilizer for growing a new crop.