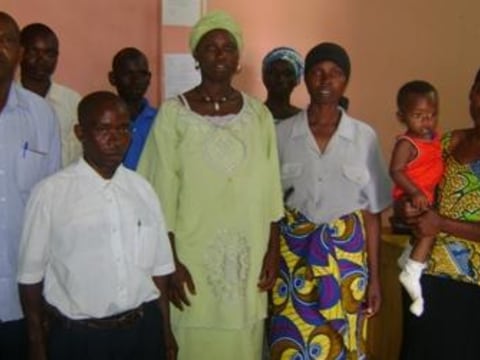 A loan helped To purchase more products like bananas, sorghum, maize and so on.

Pascal is 38 years old and is married with four children between the ages 2 and 9 and four dependent relatives. He is the president of a group which is called "Urugero" in the local language. The group is composed of eight people: four men and four women. Pascal is the first person on the left side. He sells bananas, sorghum, maize and so on. This business is well-organized. He works from 6:30am until 4pm every day and he has three years of experience. Pascal and his team have requested a loan from Kiva lenders in order to purchase more products in larger quantities. With the resulting profit, Pascal and his team will be able to save in the future and pay school fees for their children.