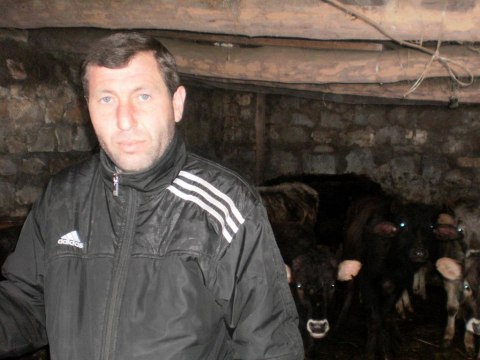 Ararat's loan finished fundraising, but these other borrowers need your support

A loan helped To buy some pigs and fodder.

Ararat D. was born in 1974 in Gandzakar villagelocated in the area of Ijevan. Ararat and his father are engaging in animal breeding and land cultivation. In their farm they rear cows and calves, and raise barley, which they use as a fodder for their farm animals He sells dairy products from their farm at the Ijevan market to support his family. Ararat says that on their farm they get a lot of leftover byproduct from the whey they produce, so he decided to buy some pigs which will eat this whey. He asks for a 1,000,000 AMD loan to buy some pigs and to buy some fodder, because he didn't sow barley last year.