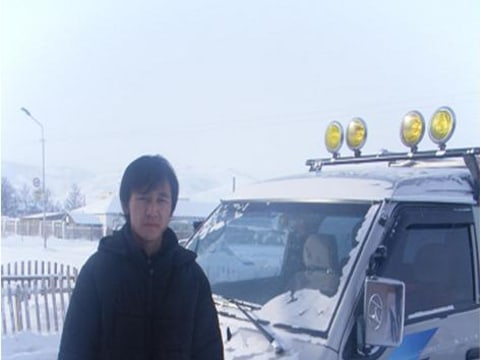 A loan helped to purchase parts and tools for his mini-bus.

Bundan M. is 29 years old and lives with his wife and two sons in a house in Har-Horin, the ancient capital city of the Mongolian empire, in the Uvurhangai province of Mongolia. His oldest son attends a local kindergarten and his wife works for the local museum.

Bundan has been operating a public transport service between Har-horin and Ulaanbaatar, the capital city of Mongolia, since 2001. After many years of owning this business, he has built a stable operation and has gained not only much experience but also a positive reputation among his customers. With his business profits, he was able to build a house in his enclosure where the family currently lives. For the future, Bundan plans to start saving money for his children's future. He is a very business-minded and clever man and is requesting a 1,300,000 MNT loan to purchase parts and tools for his mini-bus.