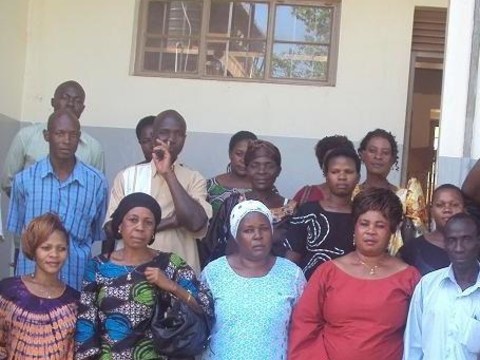 43 year old N. Getrude is a happily married mother of 4 who operates a tailoring business in Bugembe-Jinja. This business has been in existence for close to 13 years. Getrude says she learned tailoring from her late grand mum. Before she established this business she was more into selling agro produce. She still sells cash crops such as maize, beans and rice but on a more smaller scale now. Getrude who pleads a cause with Bugembe Katwe group says weekly this business generates shillings 100,000. With this loan, Getrude says she is going to buy more clothing making textile fabric. Two members in the group photo were obscured so we marked them as unpictured.