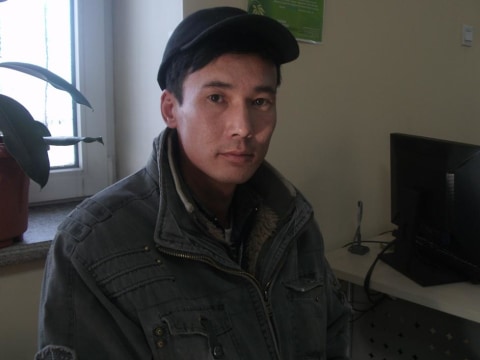 Enhzaya M. is 37 years old and lives with his wife and three children in their own house in Bayanhoshuu, in the Songinohairhan district of Ulaanbaatar, the capital city of Mongolia. His oldest two daughters attend a local secondary school and his wife helps him with the business. Enhzaya owns and operates his own wooden products business, specializing in ger parts, ger furniture, and other larger furniture pieces. He started his business in 2008, having worked as a carpenter since 2001. All of his products are made with great care and attention to detail, which has earned him a reputation among his customers as a quality furniture provider. After years of successful operation, he was able to have his own workplace in his enclosure. For the future, he plans to open a workplace in Grand Plaza, where he can attract a larger customer base. He is requesting a 3,000,000 MNT loan to purchase more wood when prices for such items are cheap.