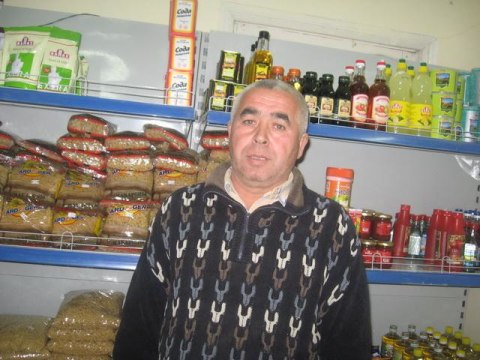 A loan helped To purchase foodstuffs to increase the range of goods for sale.

Ruzi, who is married and has three children, makes his living selling foodstuffs at his grocery store. His location is very good and he serves many customers because he is willing to work late. In this business for 16 years, he knows a good deal about it. Ruzi is also a very punctual and detail-oriented person, character traits that help him in his business. Ruzi can always figure out how many supplies he needs to ensure they are always fresh and of sufficient quantity to meet customer needs. Ruzi has applied for a loan to increase his inventory of items to sell. He will spend the additional income made possible by this loan to improve his living conditions.

More about Tajikistan and IMON International Tajikistan is known for its rich history, which includes its role as a key post along the Silk Road and the end of Alexander the Great's rule. It has also produced great thinkers, philosophers, scientists and poets, including Rudaki, Avicenna, Ferdowsi, Omar Khayyam, Jomi, and Rumi. The country is home to communities that still speak the ancient Sogdian language, epic mountain passes, and a civilization that dates back to the 4th millennium BC. And, even today, it is a complex mixture of the Islamic faith, Soviet culture, New West culture and Central Asian traditions.

Since December 2007, IMON International has worked closely with Kiva and Kiva lenders to ensure that poor and low income clients represent a viable business proposition. Funds raised through Kiva have already been distributed to thousands of IMON International's clients and will continue to provide thousands more with permanent access to the varied financial services they need.