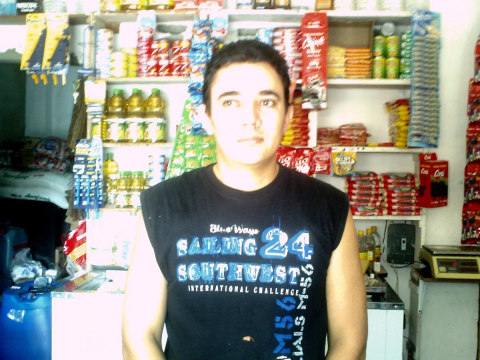 A loan helped Purchase of rice, cooking oil, and grains, as well as soft drinks and other drinks in large quantities.

Gregorio P. is 38 years old and is a good-hearted man. He lives with his wife and their two children, ages 10 and 15, in the town of Soledad, 10 minutes from the city of Barranquilla. There he runs a store called “El Niño Rey” [The Child King], which he started in 2005 and has expanded through hard work. He started with a vacant property and in three years, using his own work and savings, he made it into a store. He started out renting the property but eventually bought it. Gregorio finds his work very satisfying, because after making sacrifices to start his store he has managed to keep it very prosperous. His daily sales come to between $600 and $700. He can put about 15% of that amount towards offsetting his fixed costs, and he keeps a good level of inventory. He would like to expand his business to include the sale of cold drinks, buying them wholesale and then selling them to potential clients such as small stores, restaurant owners, and soft drink stands. These clients typically cannot buy in large quantities and so when they run out of provisions they have to wait to put in an order, and the delays in distribution cause them to lose business. Gregorio hopes to be able to sell drinks to these clients directly from his store, thus providing them with faster service. This will be another opportunity for him to increase his earnings. With this loan, which is his first through Kiva, he will buy rice, cooking oil, and grains, as well as soft drinks and other drinks in larger quantities. He wants to make this purchase before prices go up at the end of the year. He hopes this will allow him to earn a little more and put it into savings.