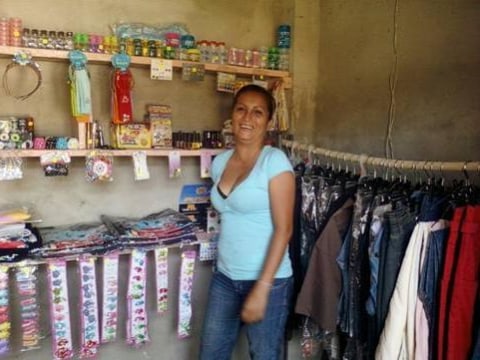 Manuela Del Rocio's loan finished fundraising, but these other borrowers need your support

A loan helped Purchase clothing for men, women, and children.

Manuela is 32 years old and sells clothing at a small general store that she has at the front part of her house. She lives with her husband and six children in the Playas canton, one of Ecuador's tourist sites that has a large variety of seafood. For a lack of opportunity, she began to work when she was very young selling cosmetics. From these sales and some savings, she was able to purchase supplies and clothing to sell in the front part of her home. She sells to her friends and neighbors and expands her merchandise because she knows who she is selling to. She currently sells clothing for children and men. She also has a small general store that sells rice, sugar, canned goods, and candies. With this loan she would like to buy shirts and other clothing for men, women, and children to expand her merchandise. In the future, she would like to have a store to sell clothing and another to sell supplies.