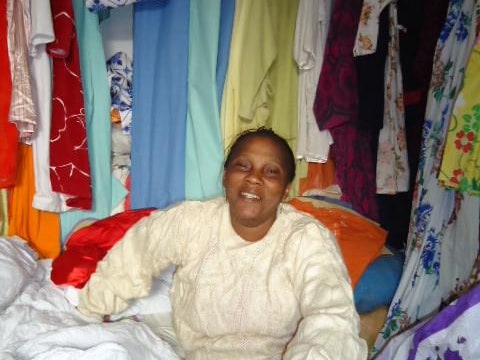 A loan helped Purchase of bundles of towels, dressing gowns and non-used sheets.

This customer, who is 46 years old, married and mother to five children, began selling second-hand clothing in 2004. She is still very enthusiastic about her business in 2010 and has already been granted a loan of 250,000 francs, with which she boosted her capital and bought everything her customers needed, such as towels, bodysuits, dressing gowns and non-used sheets. This loan brought in significant profits and she has saved like never before and also covered her children's schooling costs. With the second loan, she is planning to boost her capital even further and expand her stock of goods, such as towels, dressing gowns and sheets, in order to satisfy customer demand. In all cases she is determined to achieve her ambition to become a reputable businesswoman.