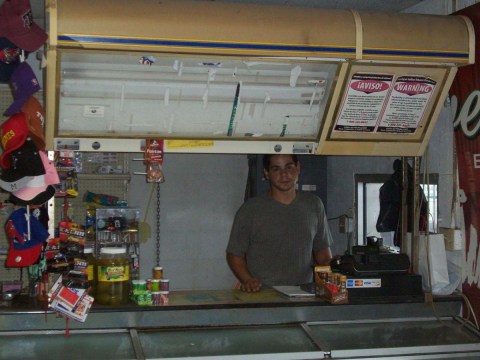 Homero's loan finished fundraising, but these other borrowers need your support

A loan helped To buy inventory for his store, primarily beer.

Homero M., Jr. opened M. Gas and Tire two months ago because he wanted to be his own boss. He’s been doing this most of his life with his father, who owns convenience stores. Homero originally went to Wells Fargo for his loan. He said they referred him to ACCION Texas-Louisiana because they only lend to businesses that have been open for four years. Homero says the loan will help a lot with inventory, so the store won’t look so empty. If he does not get the loan he says “I probably would still be doing [business], but struggling a bit more.” Homero has two sons. His wife works at a drug rehab center for children. Homero is proud of his business and he advises other business owners to “take it day by day.”