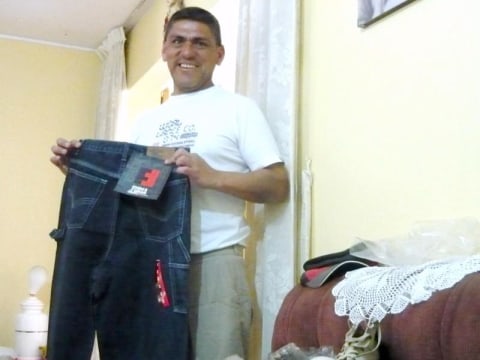 A loan helped To buy clothing and footwear.

Castulo is a 45 year old responsible single man who lives with and takes care of his parents. He is a door-to-door salesman in his district where his main business is selling casual clothing. He is a very convincing salesman and uses his personality to his advantage when selling his products. The clothing and footwear he sells are well-known brands, so sales go quickly even though the price is slightly higher than through stores. He is happy that the business is profitable, allowing him to attend to his parents' needs. What he likes most about his job is the fact that he gets to meet many people who later become friends. He's been working in this activity for 15 years and plans to increase and diversify business in the future. This is the 11th MFP loan he has received and he knows this new one will be very beneficial for his business. He is committed to paying back the loan on time. He plans to use it to buy more clothing for the upcoming season.