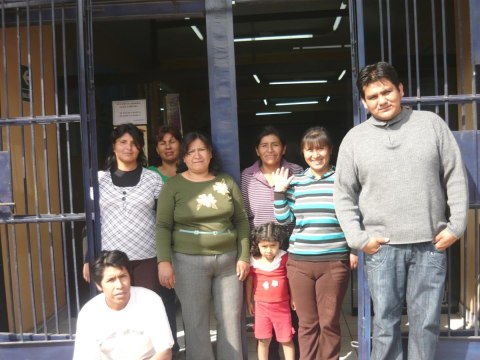 A loan helped Acquire pigs to raise for resale.

Sra. Sabina (wearing a purple striped shirt) is president of the group “Ríos de Agua Viva” which means “Rivers of Living Water”. This name was selected because some of the group members are evangelical Christians.

Sabina is 48 years old, married, and has ten children. She sells “salchipapas” (hot dogs and potatoes) on a street corner in the afternoons. Sabina has been selling her rich foods for two years and has done well with her business. To increase her income, she plans to buy a few pigs with this loan. She will raise and sell them during the holiday season. In January she plans to buy mO. piglets to raise for later resale.