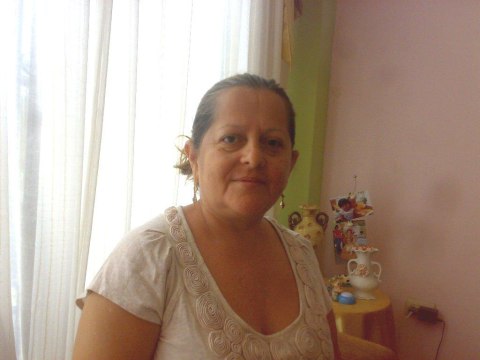 Annabelle Elionor's loan finished fundraising, but these other borrowers need your support

A loan helped To purchase bedspreads, fabric and sewing materials.

In the city of La California de Portoviejo, capital of Manabí and known for many years as the city of the real tamarinds, there is a gathering every two weeks of the members of the communal bank "Banco La Nueva California" (The New California Bank). Señora Anabelle is the founding member of the communal bank and is the president. She is very happy with her role and is grateful to the bank for the benefits and for the ease of obtaining loans. She is 53 years old, married and together with her husband has three children. Her children are now grown but still live with her; they are all studying at the University. Her husband is a professional driver. Señora Anabelle is a dressmaker and has a workshop in her home. For many years she has made her living sewing all types of clothing, but says that she loves to make children's clothing. She divides her time between her work and her home. She works on her projects every day from 8am until 3pm, and sometimes even later. She also sells sheets and clothing that she, herself, has made. This loan is intended to purchase bedspreads, fabric and other sewing materials. Her dreams are to have a much bigger workshop and to produce enough to sell in bulk.