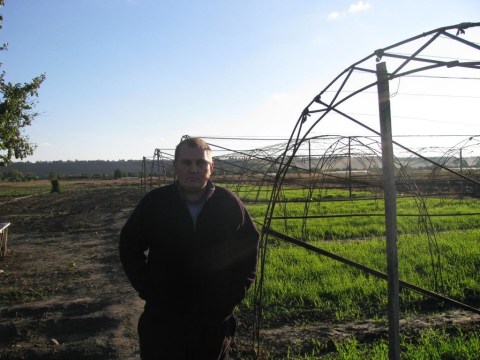 A loan helped To purchase polyethylene film and seeds.

Alexei is married with a two-year-old daughter. He is a farmer from Velikaya Znamenka. Alexei grows early spring vegetables i.e. radishes, tomatoes, etc. to sell in the markets of his region. He owns two big arch greenhouses, one for seedlings and four smaller ones for tomatoes. Moreover, he also has a tractor which helps him generate additional income in spring when he plows fields for other farmers in his region. Alexei has been growing vegetables for three years. He has already invested 50,000 Grivnyas in this business. He spends about 12,000 Grivnyas on seeds and polyethylene film every year. Alexei is seeking a loan of 10,000 Grivnyas to purchase polyethylene film and additional seeds for next farming season. He can be characterized as a hard-working businessman with good potential for further business development. Alexei is hoping to generate additional income and eventually construct two more arch greenhouses. He has enough land and has permission to build on it. Alexei’s wife is expecting, which is why he is ready and willing to work extra hard to provide for all the family needs.