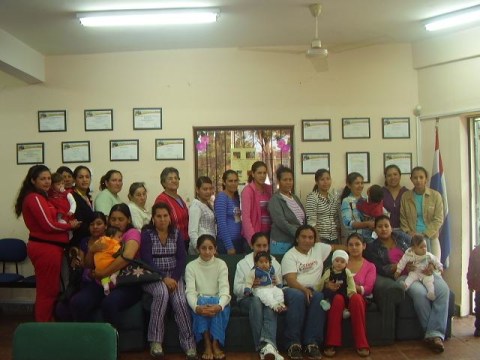 Kuña Guapa Group's loan finished fundraising, but these other borrowers need your support

This group of women called Kuña Guapa was formed on August 24, 2009 in the region of J. A. Saldivar with help from the Director of Finance Sra. Francisca F.. She had started another group which broke up as several members failed to make their loan repayments. Then she invited other neighbours to form a new group which has been working successfully. It is now in its fifth loan cycle, and everyone is getting on well and supporting each other. One of the members is Sra. Maria who makes and sells cakes. She is an active woman who works hard to support her family. She takes orders for snacks, but more especially for cakes for special occasions. As the items she bakes are of high quality, she has a constant stream of orders. Maria is seeking a loan so she can buy more ingredients for the cakes.