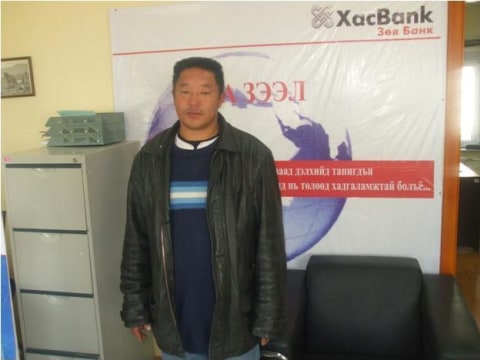 Yondonpuntsag's loan finished fundraising, but these other borrowers need your support

A loan helped To purchase hay to feed his cows.

Yondonpuntsag T. is 34 years old and lives with his wife and two children in Uvurhangai province of Mongolia. He and his family live together in a ger, a traditional Mongolian nomadic housing tent in his father's yard. His two children both attend a local secondary school. During the summer time, they live in the countryside herding their livestock and during winter, they move to the central city of the province. Yondonpuntsag operates a milk trading business in his town with the help of his wife. They have eight cows at his home that produce the milk he sells. On average, one of his cows can produce about four liters of milk per day. Yondonpuntsag started his milk trading business in 2007 and has had success in growing his business. He has been grazing cattle for almost his entire life and has gained much experience as a herder. He signed a contract with organizations and individuals to supply milk. In the future, he wants to prepare a stockyard and fodder for his cows. Since operating the business, he was able to improve his family's standard of living greatly. He is a real nomadic, simple-minded man. He is requesting a 1,500,000 MNT loan to purchase hay to feed his cows and prepare for winter.