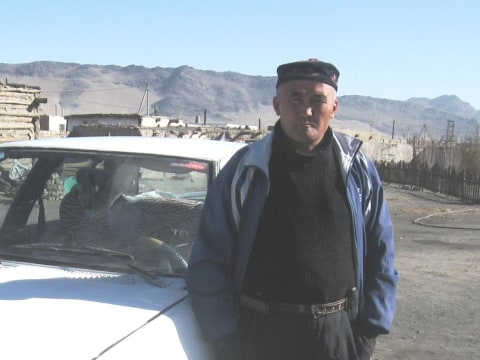 Unathan's loan finished fundraising, but these other borrowers need your support

A loan helped To purchase hay to feed his cattle and buy one more mare.

Unathan O. is 43 years old and lives with his wife and four children in Bayan-Ulgiy province in western Mongolia. He and his family live together in a 'ger', a traditional Mongolian nomadic housing tent. His oldest son is a university student and other children attend a local school. His wife is disabled. Unathan operates a milk and mare's milk trading business in his town. He started his business in 1998 with only one milch cow and 3 calves. Today, he has 5 cows and 5 mares at his home that produce the milk he sells. On average, his cows and mares can produce about 15 liters of milk and 10 liters of fermented milk in one day respectively. Over the many years of successful operation, his business has reached to a sustainable level and he has used his earnings to purchase a new car for himself. He has gained a many permanent and loyal customers and partners. Unathan is a gentle and open-minded man. He says, " I plan to buy a mare from the Gobi provinces." He is requesting a 3,000,000 MNT loan to purchase hay to feed his cattle as well as buy one more mare.