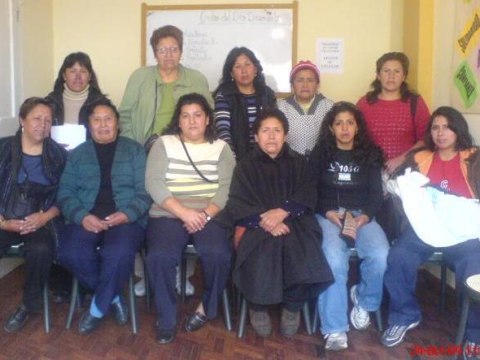 The Entrepreneurs Group's loan finished fundraising, but these other borrowers need your support

A loan helped To purchase merchandise.

The community bank named "The Entrepreneurs" is on their ninth loan cycle and it is maD. up of 11 members; 10 women and 1 man. The majority of the members live in the Villa Copacabana region and San Antonio region. They are both located near Cruce D. Villas. The members sell various types of products, such as: undergarments, cosmetics, and groceries. In the previous loan cycle all of the members successfully repaid their loans without any problems. In this community bank the members are able to make their own payments without having to recur to others for help. Esperanza is the leader of the community bank. She was democratically elected by the other members. And she was chosen for being one of the most responsible people and she had not missed any of the meetings. She sells and distributes groceries and other food products to various institutions and schools. She has had this business for 8 years and the loan she requests will be used to purchase products in wholesale. Zenobia is a member who has always been the treasurer of the bank. She sells and distributes groceries to various places, either to institutions or to private homes where orders had been placed. She is a single mother of 3. She has assumed this responsibility having demonstrated her ability as a manager and as a member of the team. Tania was elected as the secretary. She is a new and young member of the group who helps with the group's business; she has a talent for writing. She sells savory turnovers in the region of Miraflores. The loan will be used as working capital. She is married with Giovanni and they live in her parents' home. Her goal is to open a restaurant in the downtown area of Villa Copacabana. Rodrigo is not pictured in the photo.