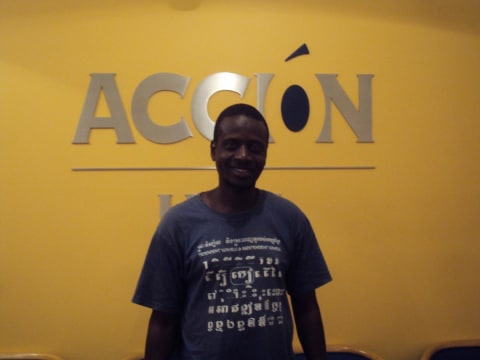 Kayembe's loan finished fundraising, but these other borrowers need your support

Originally from the Congo, Kayembe has been living in the United States for over 10 years. While he works at a car wash for steady income, he also has a successful business importing and selling handmade African masks and statutes from the Congo and other areas of central Africa. He has several booths at weekend flea markets in New York and the surrounding area. This is Kayembe’s ninth loan with ACCION USA. His previous loans have helped him to expand to his business beyond his own booth. He currently sells his product to other sellers and has his art featured in several other booths. With his current loan, he hopes to continue to expand his products by importing more artwork from Africa and continue his weekly booths at local flea markets. Ultimately, Kayembe hopes to expand his business into a storefront within the next year. This will improve not only his local community but also help support the central African community.