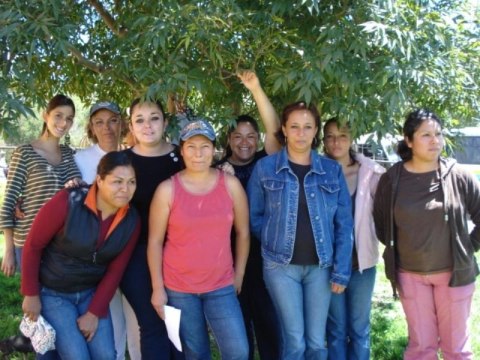 A loan helped To invest in their business.

This group is named Cascabeles (rattles/bells), because they all get along well and several of them like rattlesnakes. It is located in Mexico, in a place that is characterized by the ranch, La Purisima, which is the rest place for those that visit and a source of work for a few inhabitants of the community. The group is made up of 10 members. One of the group members is named Socorro Irene L.. She is 53 years old and studied up to the pre-college level. She tells us that her studies helped her get a job and thereby helped her parents pay their expenses. Up until the time when she got married, her job was a great help for her to get ahead, but after awhile she had to leave it. However, she refused to remain idle and decided to begin selling desserts, fried food, gelatin, and pork rinds to sustain her family and take care of her necessities. Socorro currently sells pork rinds and desserts. Generally, she sells the pork rinds outside a school near her house, and she sells desserts by request from her neighbors, people that she already knows, and sometimes by recommendation. Her dream is to have a location that allows her to have better sales and to be successful.